Sometimes food and travel movies can help you decide to try a dish, travel to a new place, or just escape the moment.  We thought we’d put together a list of some of our favorites. Whether you own them, rent them, or stream them get your bowl of popcorn ready and have some fun. These are just some of our favorites that we can watch these over and over again! 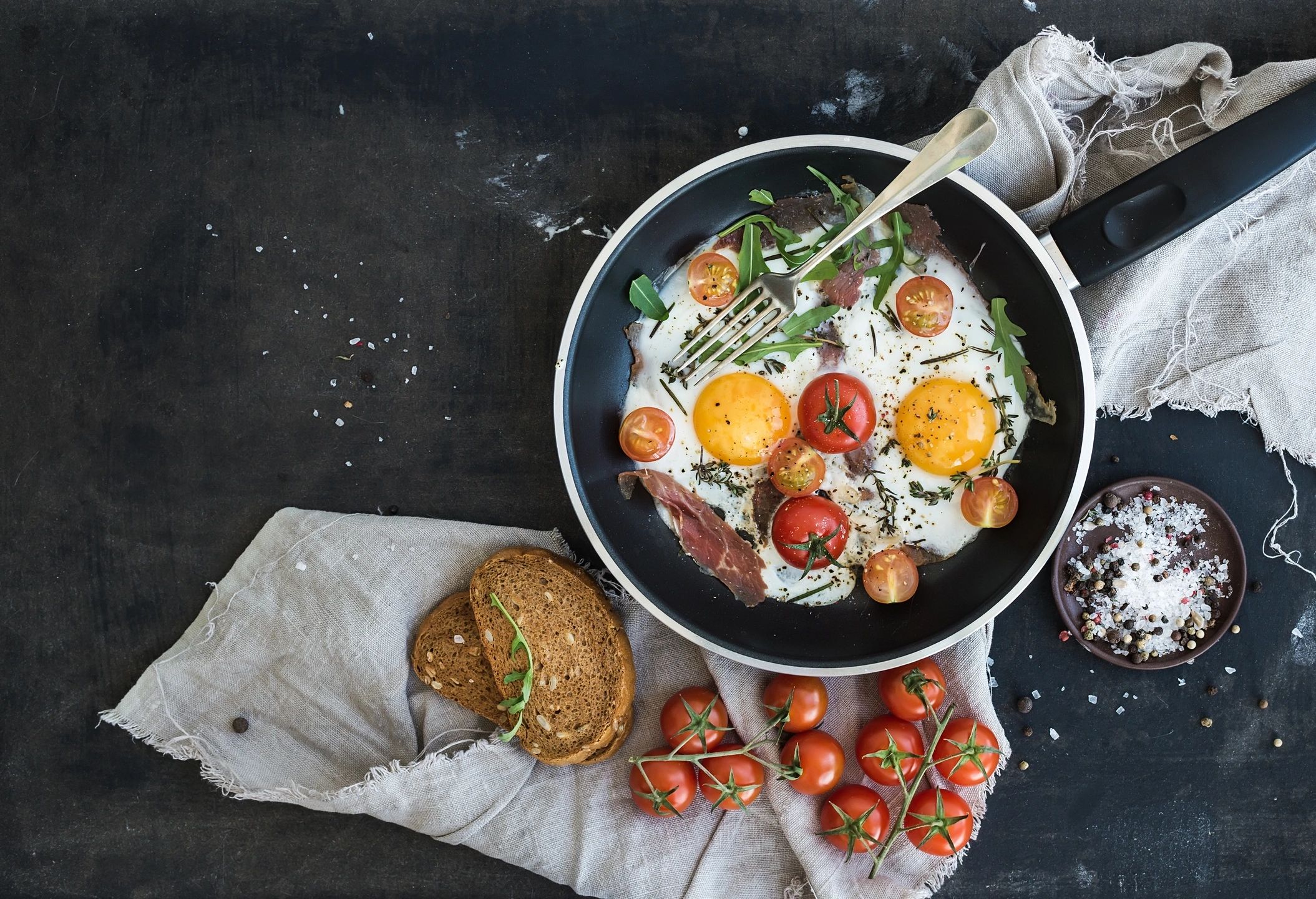 Today’s Special Circumstances turn a chef’s life upside down and in the process he discovers himself. You can’t help but smile during this little gem. Stars Assif Mandvi, Jess Weixler and Dean Winters.

Big Night We do love just about anything with Stanley Tucci but this movie, which he also directed, really demonstrates his true love of food.

Julie & Julia Beautifully blends the lives of Julia Child and blogger Julie into an engaging story that highlights the young chef’s determination to conquer French cuisine and Julie’s desire to recreate the experience in her own life.

Chef When a chef quits an unsatisfying job he hits the road with his son in a food truck. You’ll never look at a grilled cheese sandwich the same again after seeing this movie. Stars Jon Favreau, Dustin Hoffman, Sophia Vergara, and Scarlett Johansson.

Spanglish An adorable movie with Adam Sandler as a popular chef married to insecure Téa Leone who hire a woman and her daughter that have come from Mexico to find a better life. The film explores how different cultures manage their families.  The kitchen scene will be one you remember for a long time. 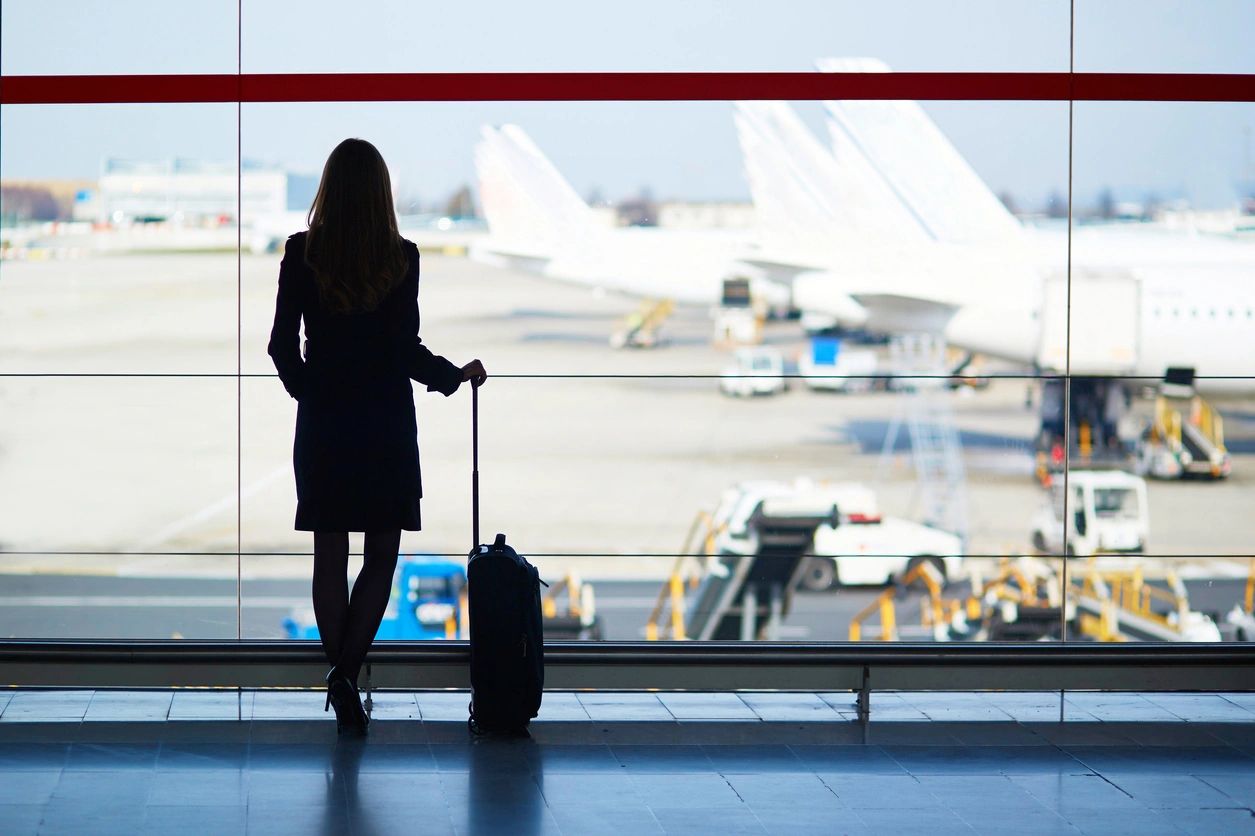 Sound of Music Who doesn’t want to run through the mountains and sing “the hills are alive” after seeing this classic musical. I fall in love with Julie Andrews all over again every time I see this movie. There’s even a sing-along version for those of us who know the words to every, single, song.

Out of Africa One could argue that just about any movie with Meryl Streep could be on this list. This epic movie reminds us of the old-time studio films. It’s beautifully shot and tells a long story filled with love, romance, and life. Streep and Robert Redford are perfect together in this film.

The Last Emperor Another gorgeously beautiful film. The life of Pu Yi the last emperor of China enfolds on the screen. If you’ve been to the Forbidden City in Beijing, or dream of visiting this film is for you. Stars John Lone and Peter O’Toole.

Midnight in Paris A Woody Allen film starring Owen Wilson and Rachel McAdams. A screenwriter ends up in a time warp that brings him back to the 1920’s every midnight while visiting Paris. If you love this time in history and Paris (like me) you’ll love this movie.

The Tourist Johnny Depp and Angelina Jolie star in what the director Florian Henckel von Donnersmark called “a travel romance with thriller elements.” All we know is that this movie is simply beautiful and will transport you to delicious parts of the world. 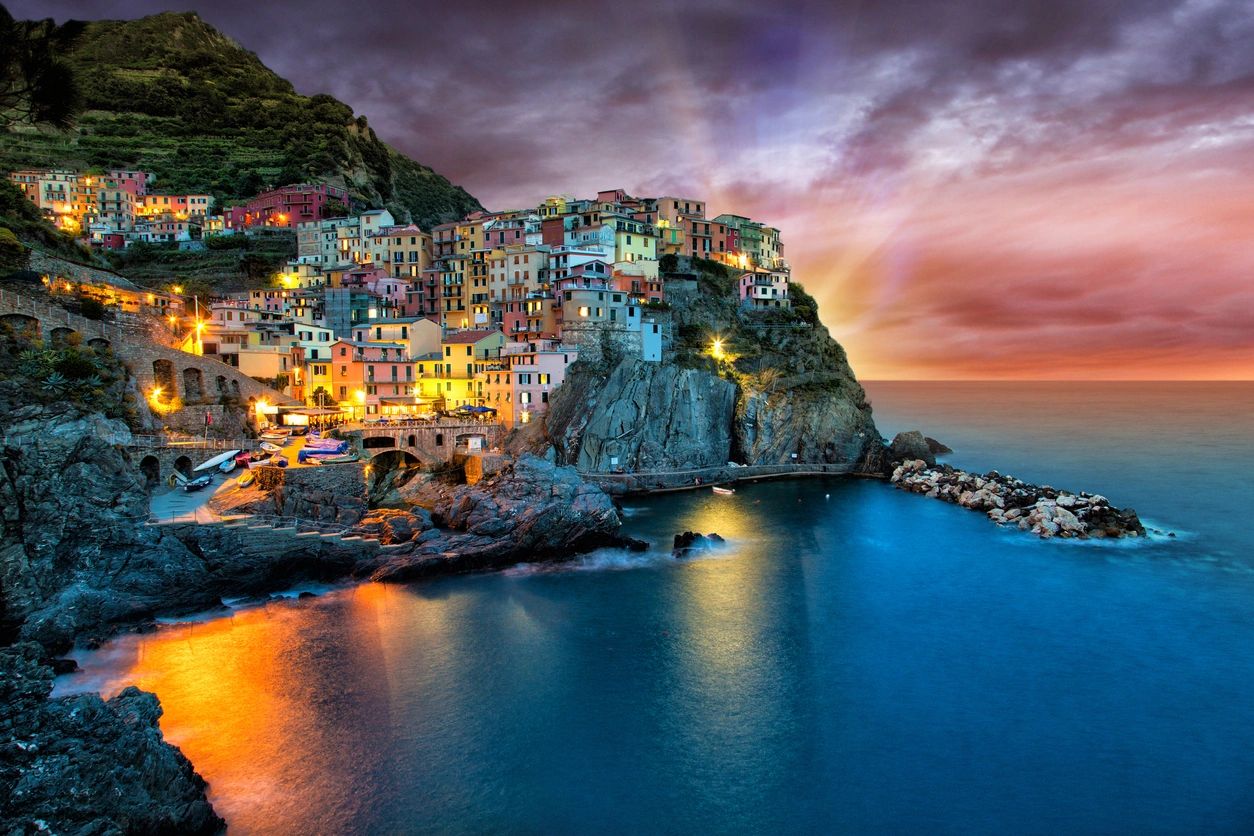 Wild After personal tragedy a woman forges ahead on a 1,100-mile hike alone on the Pacific Crest Trail. The experience terrifies, threatens, challenges, empowers and eventually heals her. Reese Witherspoon stars in this powerful film.

A Good Year A Ridley Scott film starring Russell Crowe about a British businessman that inherits his uncle’s vineyard in Provence. I personally love the soft Tuscan light in this film it’s a wonderful film.

The Bourne Identity This is just one film in the series of high energy action spy films based on the Robert Ludlum books starring Matt Damon. The international spy Jason Bourne who travels all over the globe. It’s the best of the franchise but the others are worth a look as well. I grew up reading Ludum’s books so these films hold a special place in my heart.

Best Exotic Marigold Hotel Another beautifully shot film with an exquisite ensemble cast featuring Judy Dench, Maggie Smith, and Bill Nighy. British retirees head to India in search of an affordable place to live out their years and learn they have more life left in them than they could have imagined.

Mamma Mia, The Movie after visiting Pelion, Greece we had to go back and watch this movie again. The fun music of Abba combined with the Greek scenery is just too much to pass up. You’re gonna wanna watch Mamma Mia, Here We Go Again simply for the chance to see Cher. They’re both fun movies. 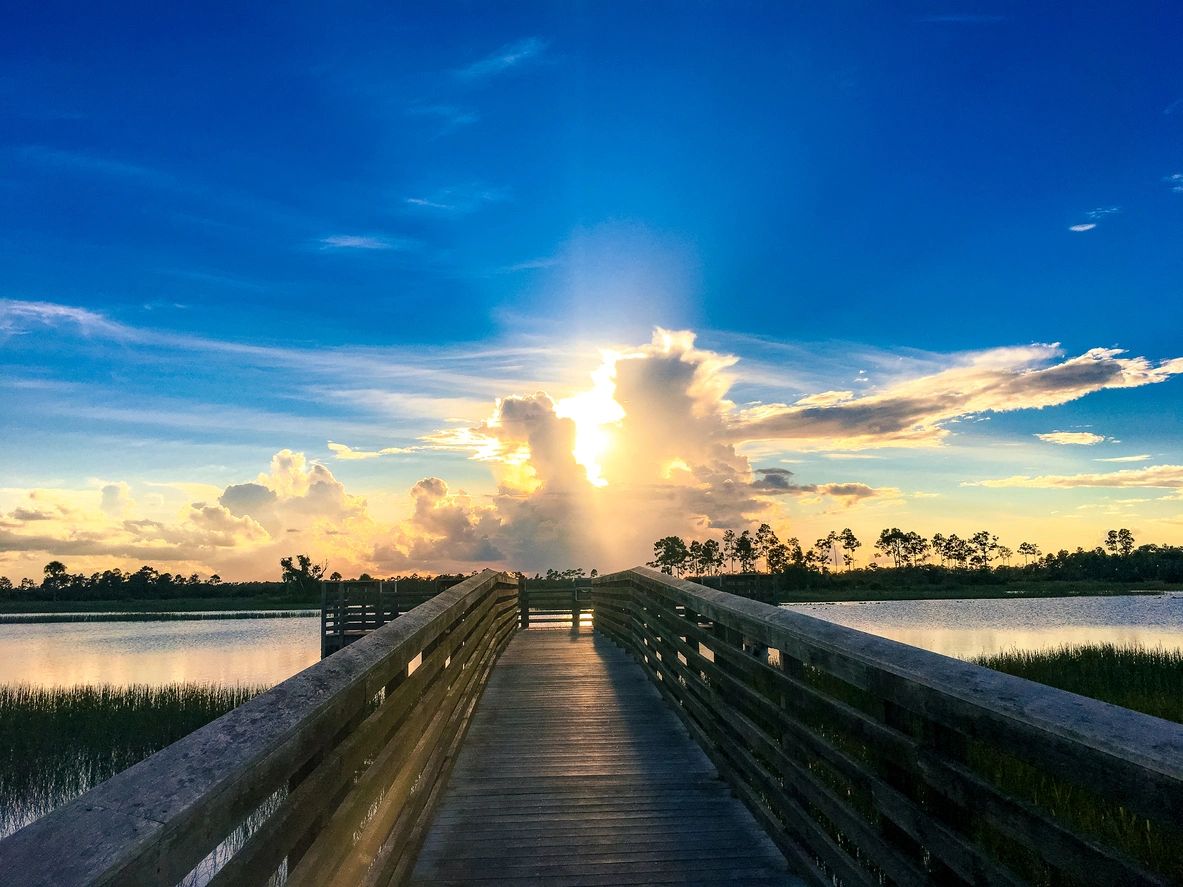 Planes, Trains, and Automobiles John Candy and Steve Martin use every means possible to get to their final destinations. It reminds me of Hemingway’s quote to only travel with those you love.

Catch Me If You Can This fun movie places Leonardo DiCaprio in some unbelievable situations but my favorite is when he’s an airline pilot. Wouldn’t happen today – at least I hope it wouldn’t – but it’s a movie that actually has you rooting for the bad guys.

Up In The Air if you ever wonder what’s like to be a road warrior flying thousands of miles of corporate travel this is a movie for you. Trust me, it’s not glamorous at all. Airports, lounges, collecting miles is not for everyone. George Clooney will show you how to quickly get through security and not look like an amateur.

No Reservations Catherine Zeta-Jones and Aaron Eckhart are two chefs competing in the kitchen when life throws in a curveball. A deliciously delightful film

2 Days in Paris We watched this movie en route to Paris one year and laughed the entire time. I’m sure passengers around us wished they had been watching this instead of the airline offered film. A couple tries to rekindle the romance but family and exes abound and so do the laughs.

My Big Fat Greek Wedding we love all things Greek and this movie dives into the lives of a Greek family that has a little too many similarities to our own families. It’s full of laughs, Greek food, and all the wacky relatives named Nickie. Whether your Greek or not it’s a fun love story.

Moonstruck Ok this movie isn’t about travel per se but it does take you on a tour of New York City. The restaurant scenes are priceless. Every time I see Olympia Dukakis make that egg in the hole with peppers I want it. Every. Single. Time! It’s a fun family movie that I can and have watched a hundred times.

The Long, Long Trailer Last but not least, this movie featuring Lucy and Desi Arnaz is laugh out loud funny. These newlyweds hit the road towing a travel trailer and yes, hilarity does ensue. It’s Lucille Ball at her best. This one’s guaranteed to put a smile on your face.

I had to include the trailer on this one.

There are many, many more to choose from, of course. Let us know what your favorites are so we can add them to our iPad before our next trip!

Most of these movies are available on Amazon Prime, Netflix, or Hulu Plus.

And…if you’re looking for a really tasty movie snack check out this Candy Pop Popcorn from Sam’s Club. It’s the perfect combination of salt and sweet. This variety pack mixing favorite candies M&M, Snickers, and Twix with popcorn is a brilliant idea. It’s only $9.98 at your local Sam’s Club.

Pin To Your Food & Travel Movies Board on Pinterest 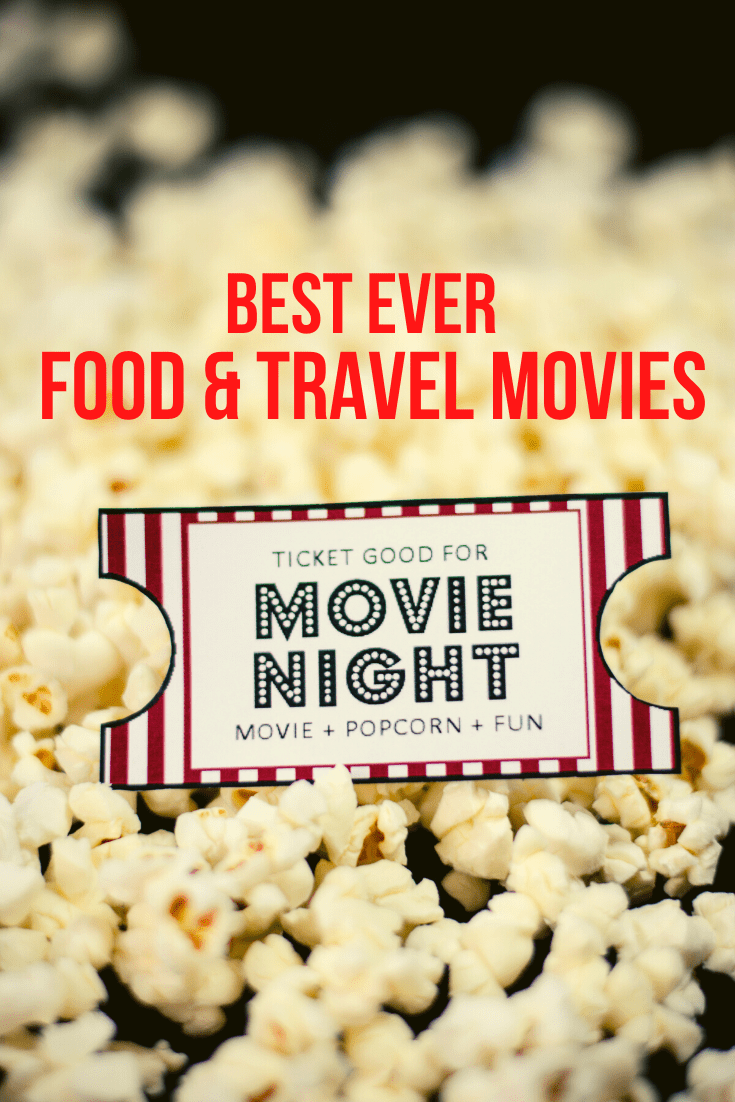 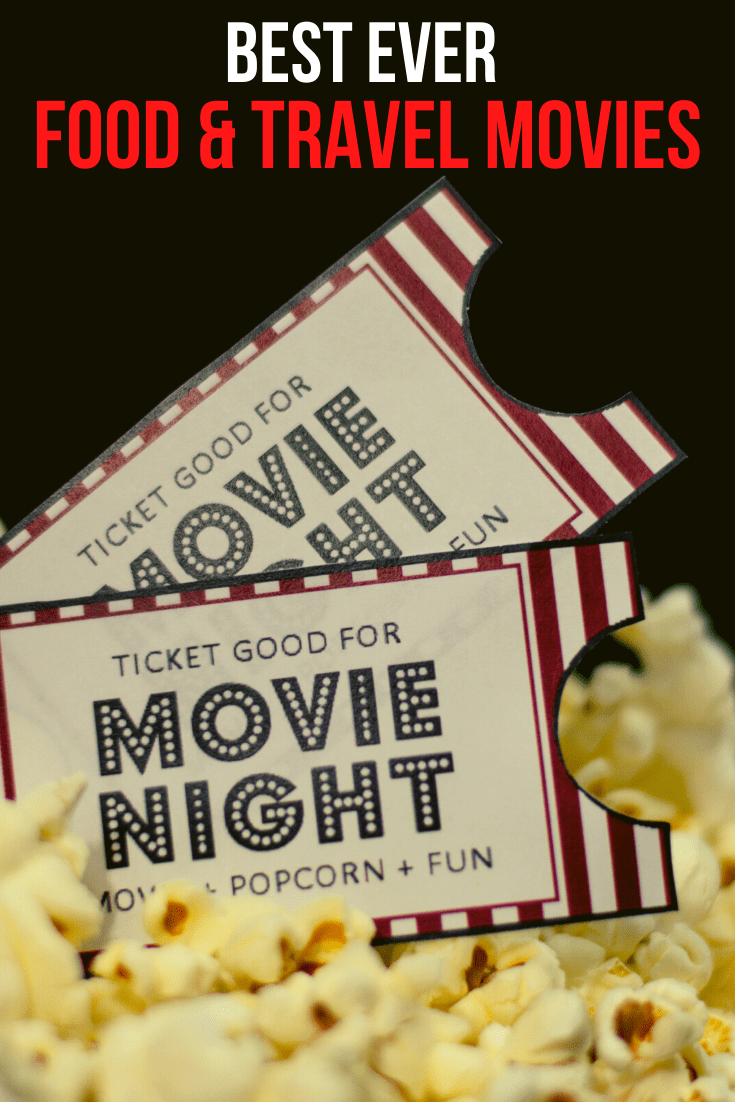